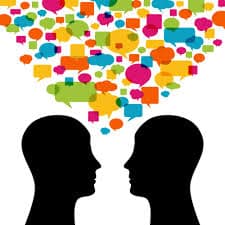 This week, the Conference of Presidents of Major Jewish Organizations met to consider the request of J Street to join this group that allows for dialogue between the many diverse institutions that make up American Jewish life, from the Zionist Organization of America to Americans for Peace Now, and from the Union of Reform Judaism to the Orthodox Union.  I was proud to see the institutions of the Conservative movement, including both United Synagogue and the Rabbinical Assembly, take strong stands in favor of including J Street in this group (you can read the RA’s statement on the issue here).  As both the USCJ and the RA made clear, they took this position not because their members necessarily agree with J Street’s positions but because they believe that a more inclusive dialogue between people with diverse views benefits the Jewish people as a whole. This position resonates with our values at GJC, where we consistently uphold the importance of entering into dialogue with those with whom we do not agree as a path toward learning and growth.  Unfortunately, although the Conference of Presidents was created to represent the views of all American Jews, a majority of its members voted against allowing J Street to join. This decision saddens me, as it reflects the deep divides in the American Jewish community that have made it so difficult for us to sit and talk together about important issues.  In light of this unfortunate decision, we must redouble our efforts to enter into dialogue with each other, even over contentious issues.  Our diversity is real and a source of strength.  Inclusion and dialogue, not exclusion and silence, are the only constructive ways forward.