Our rabbis are always available to help your family move through life transitions, whether welcoming new children and celebrating birthdays or coping with illness and loss in your immediate or extended family. Please contact Rabbi Zeff’s rabbinic assistant, Michele Stulman at 215-844-1507 ext. 16 or rabbinicassistant@germantownjewishcentre.org to schedule a time to talk. 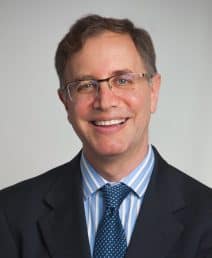 Rabbi Adam Zeff has served as Rabbi at the Germantown Jewish Centre since 2010, after previously serving as Assistant Rabbi (2007-2010) and Student Rabbi (2002-2007). In his pre-rabbinic life, he was a cultural anthropologist who lived in South India for several years studying the connections between music, media, and society. Music has long been an important part of his life as a singer and instrumentalist in eastern and western musical traditions, and he has performed with many different ensembles in the U.S., Europe, India, and Israel. A native Californian, he spent a “gap year” in Israel before coming east for college, and he received a B.A. in Anthropology from Yale University in 1990, a Ph.D. in Anthropology from the University of Pennsylvania in 1999, and rabbinic ordination from the Reconstructionist Rabbinical College (RRC) in 2007. He has taught cultural anthropology at Penn and at Drexel University, and a liturgy course at RRC. At GJC, Rabbi Zeff loves telling stories, teaching Torah, singing and playing music, working for justice, and talking, laughing, and learning with the people around him. He is active in religious dialogue with Christian and Muslim clergy and is on the Executive Committee of the Board of Rabbis of Greater Philadelphia. As someone who grew up Reform, experimented with Orthodoxy in college, studied at a Reconstructionist seminary, and is a member of the Conservative movement’s Rabbinical Assembly, Rabbi Zeff is comfortable in a wide variety of Jewish settings and modes of worship and practice. His core conviction is that diversity in Jewish life and in the wider world is the truest expression of the divine. He and his wife, Cheryl, a public health physician, live in Mt. Airy and have three sons, Zeke, Avi, and Mati. Rabbi Rebecca Richman (she/her) began serving Germantown Jewish Centre in 2016 as Student Rabbi and returned in 2019 as Assistant Rabbi and Beit Midrash Director. A graduate of the Reconstructionist Rabbinical College, Rabbi Richman’s rabbinic training also included working as a campus rabbi at Brandeis University, completing a unit of Clinical Pastoral Education at the Hospital of the University of Pennsylvania, and participating in T’ruah’s Year in Israel Fellowship. Rabbi Richman is a Wexner Graduate Fellow and a participant in the Jewish Studio Project’s inaugural Creative Facilitator Training. Rabbi Richman is a soferet (scribe), Hebrew calligrapher, ceramicist, mikveh shomeret, carrier and singer of niggunim (wordless melodies), bread baker, and triathlete. A passionate learner and teacher, Rabbi Richman is building Koleinu Beit Midrash at Germantown Jewish Centre, a center for rigorous and creative Jewish learning. Both at work and in her personal life, Rabbi Richman brings the beautiful and the broken into harmony through learning, teaching, justice-seeking, and art-making. Rabbi Richman and her partner, Josh (a Ph.D. student in Urban Planning at the University of Pennsylvania), live in sunny, West Philadelphia with their sweet son, Netta Nissim. 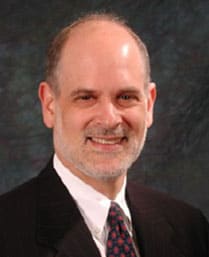 Leonard Gordon served as Rabbi at the Germantown Jewish Centre in Philadelphia from 1994 to 2010. Before taking this pulpit, he held teaching positions in Religion and Humanities at Kenyon College and the Ohio State University. He has also taught at The Jewish Theological Seminary, the Reconstructionist Rabbinical College and Brown and Columbia Universities. He graduated Columbia College in 1976, studied at the Hebrew University in Jerusalem, was ordained at the Jewish Theological Seminary in 1985 and has Masters degrees in Religious Studies from Brown and Columbia Universities. His wife, Dr. Lori Lefkovitz, is the Ruderman Professor of Jewish Studies at Northeastern University. They have two daughters, Ronya, a graduate of Brandeis University, and Samara, who attends the University of Pennsylvania.