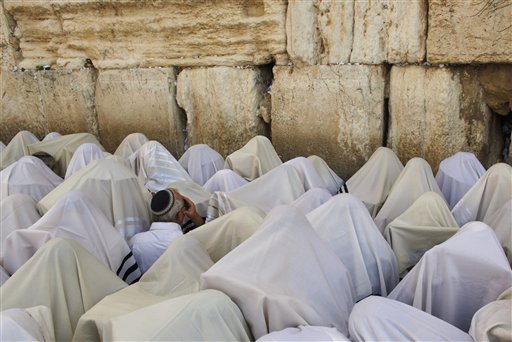 This week we heard good news out of Israel with regard to the legitimacy of non-orthodox streams of Judaism. An agreement was reached which will provide for equal access to the Western Wall for those who wish to pray in an egalitarian setting, as well as providing for those who wish to pray in gender-segregated areas.  While this is indeed a positive sign, I worry that in our concern about religious pluralism in Israel and our critique of the ways in which the Israeli government has not always supported the full diversity of Jewish life and practice, we have been giving ourselves a pass on those very same issues in the American Jewish community.  The idea that there is more than one way to be Jewish may be a truism to us, and we at GJC can legitimately be proud of our internal diversity, but we have to face the unfortunate truth that American Jews are deeply implicated in attacking the legitimacy of other Jews.  Whether with regard to religious practice, Israel politics, American politics, foreign policy, or other issues, Jews here are constantly calling into question the Jewishness of those who do not agree with them.  This has to end.  Just as we rightly call on Israel to honor and respect all streams of Jewish life – even and especially those that challenge established views or practices – so too must we look inside ourselves and call on the American Jewish community to do the same.  Respect for those who express their Jewishness differently from us must be a core value of American Jewish life, and we must work hard to make it so at GJC and in all corners of the Jewish world.