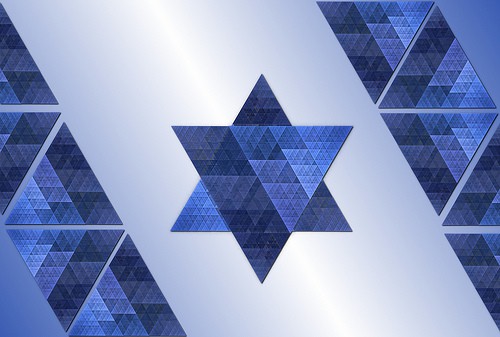 Rabbi Lewis is traveling in Israel during this difficult time.  She wrote these reflections for us:

“These past two days have been full, the moments overflowing. On Wednesday, I joined members of the Rabbinical Assembly in Jerusalem as part of a Solidarity Mission to Israel. We sat in the sanctuaries of Masorti communities and walked the hallways of Knesset. We heard from Tzipi Livni and other members of Israel’s government about the operation in Gaza. In the midst of war, we remembered our dreams of an Israel that celebrates pluralistic expressions of Judaism. We learned about efforts to expand the rights of Masorti and liberal Jewish communities on issues of marriage and conversion, the small victories and frustrating compromises.”

“We had the blessing of being with Rachel Fraenkel, the mother of Naftali Fraenkel, z’l, one of the three teens who was kidnapped and murdered on his way home from school in June. We cried as Rachel told us about Naftali’s love of music and his sensitivity to others. A teacher of Torah and a halachic advisor for women, Rachel reflected on saying kaddish out loud at the funeral. Her actions and her powerful presence have sent ripples of hope to so many coping in the face of loss. “The loss is endless,” Rachel told us, “and so is the love, and the support.””

“On Thursday night, I crowded around a chuppah overlooking the Mediterranean sea in Caesaeria. Four hundred people came to dance with Oded and Nataly, to shower them with love and to snap pictures with their i-phones. At the wedding I sat with one of Yosef’s cousins. She spoke of her four nephews and sons-in-law now in Gaza. She told me about her family’s journey from Uzbekistan to Kabul to Tehran to reach Israel. She talked about her brother who lost an arm and leg in the Yom Kippur War and her daughter who was severely injured in a terrorist attack in Tel Aviv during the Second Intifada. After two years in the hospital and dozens of surgeries, Todah L’El (Thank God), she is alive, a mother of four children, living in the Breslav community. Of war, she says, ‘Dai, kvar! Enough already.'”

“The past eighteen days, people all over the country and the world have been preparing packages for soldiers and sending trucks of home-cooked meals. My four year old cousin, Yarden, drew pictures and gathered sweets. Singer Shiri Maimon went to perform in a shelter in Ofakim in the south. Others are going to read stories to children, to be with them through the sirens and booms. So much food has arrived at the border with Gaza that the army has asked people to show support in other ways. It reminds me of the scene in Parashat Vayakhel where the Israelite people are so eager to contribute to the building of the mishkan that they bring much more than is needed. Each day in Israel, I am reminded that we are a nation always under construction, struggling to hold our many stories.”

“This Shabbat I will be with family in Netanya. I hope to go to the sea, to hold in my heart all those Israelis and Palestinians who thirst for life, for safety, for restored hope in our ability to be partners with the Holy One in the work of repairing our wounded world.”
Oh Lord, My God

I pray that these things never end.

The sand and the sea

The rush of the waters

The lightning of the heavens

The prayer of the heart.