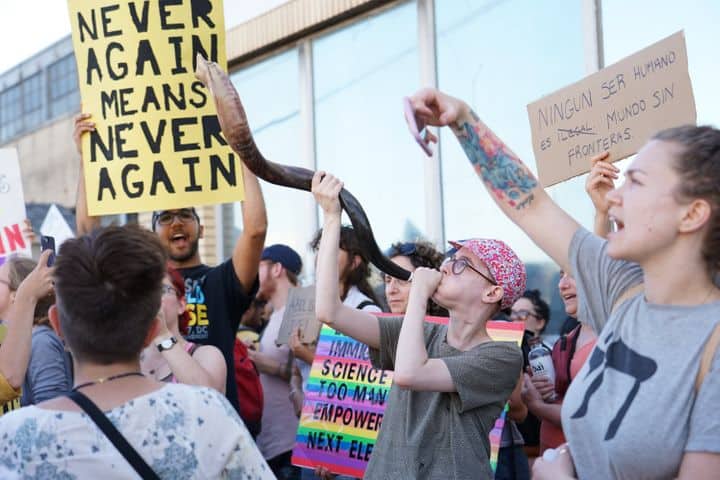 This week has seen protests against racism and police brutality in Israel, reacting to the death of Solomon Teka, an 18-year-old Ethiopian Israeli who was shot and killed by a police officer in the town of Kiriyat Hayim, near Haifa.  In the U.S., many of us have been horrified by the inhumane conditions in which those seeking to enter this country–including children–are being held, denied adequate shelter, food, and water in over-crowded facilities for weeks.  Many GJC members have joined protests against this practice in recent days, including risking arrest in order to press the case for an end to this treatment of our fellow human beings by our own government.  What unites these protests, and what differentiates them from the rebellion of Korah and his followers in this week’s Torah reading, which is punished by God?  In the Torah, Korah stands up against Moses, not to challenge injustice or to promote social change but to install himself as the leader in Moses’s place.  His self-interest is front and center, undermining his claims to seek the good of the people.  By contrast, both in Israel and right here in Philadelphia, we see Jews standing up not for themselves but for others who are facing injustice and mistreatment at the hands of government officials, representatives of the public.  Their goal is not self-promotion but change, an end to practices that are manifestly unjust and should have no place in a society that claims to hold the values of freedom, liberty, and justice supreme.  While we will always hear voices like Korah’s, claiming to represent the people while really just seeking power for themselves, may we also always hear the voices of those who advocate for the humanity of others, bringing Torah into the public square in the cause of justice.