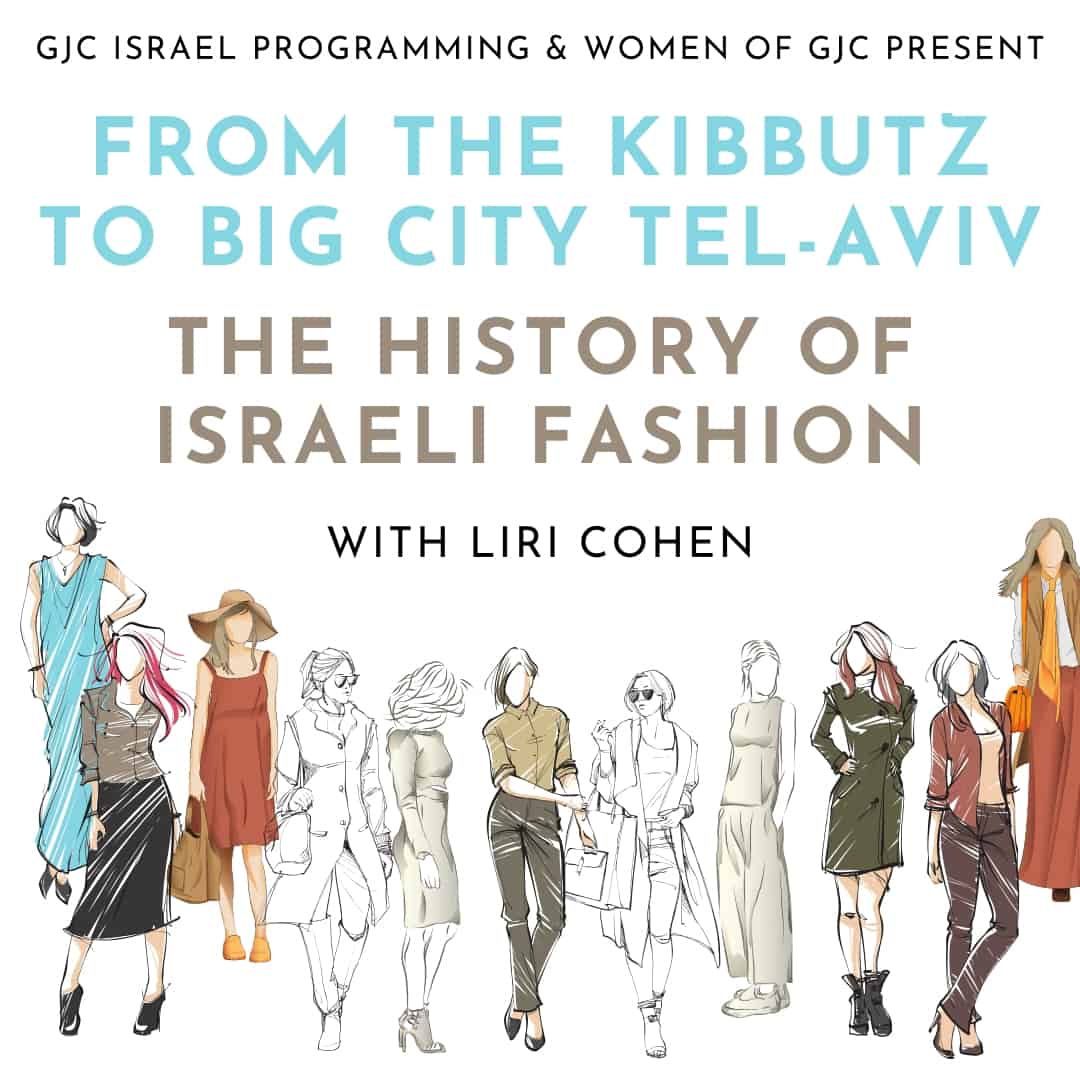 Join GJC’s Israel Programming and Women of GJC on Wednesday, April 29 at 3:00 PM for a special program to celebrate Yom ha-Atzma’ut! Liraz Cohen, founder of Fashionating by Liri and leader of the NY-Israel Fash&Tech community, will join us for a program via Zoom: “From the Kibbutz to the Big City Tel-Aviv: The History of Israeli Fashion.” The presentation tells the story of Israel from the late 19th century until today, where we discover how significant events have influenced the creation of a new “Israeli outfit” time and time again. Every milestone in Israel’s story is presented in two “layers”: history and fashion. Liri will address the way immigration influenced Israeli fashion in Israel’s first days, wars’ effects on the Israeli outfit, and feminism and equality in the Kibbutz and its impact on clothes. She will also talk about Israeli fashion and technology startups and what’s next for the Israeli fashion scene! We hope you can join us for what will be a lively, fun, and unique program!

Founder of Fashionating by Liri, a social enterprise with the mission to tell the story of Israel from a new perspective of fashion and to promote Israeli fashion designers and brands. The company offers customized educational lectures, tours, trips and special productions both in Israel and in North America focusing on the effects of cultural, social and economic factors on the evolution of Israeli fashion. To date, the company has inspired and educated thousands of participants from Jewish and Non- Jewish organizations.

Liri’s inspiration and passion for establishing Fashionating by Liri was born from her love and experience in two worlds: the fashion world (where she was ZARA Israel’s Training and Development Department Manager) and the world of Israel (where she served as the first Israel Program Director at Duke University). Due to her achievements, she won AIPAC’s Alley of the Year Award (2014) and was nominated for Duke’s Star Advisor Award. In 2016, Liri opened the NY- Israel Fash&Tech community. Today, aside from managing her company, she writes for Lady Globes on fashion related features. Liri holds a Master’s in Global Fashion Management from FIT in NYC and a B.A in Psychology and Journalism from Hebrew University in Jerusalem.

Germantown Jewish Centre extends thanks and gratitude to The Stern/Gafni Endowment for Israel Engagement for their generous support, and also thanks Women of GJC for their support in co-sponsoring this program.