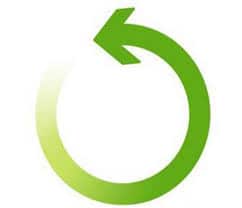 When we read the beginning of the Torah, we often think about Creation – with a capital C – as a singular, unique event.  There was nothing, and then the world became.  God spoke, and from darkness there was light.  But the ancient rabbis do not see it this way at all.  For them, the story of Creation is one point in a cycle that repeats itself endlessly.  They praise God in the morning prayers as “the One who continuously, each day, renews the acts of Creation.”  For them, Creation – with a capital C and a lower-case C – happens every day.  The morning breaks just like the first morning.  The sun rises as it did on the first day.  The earth is renewed each day, and we are renewed with it.  Each day gives us the opportunity to remake ourselves and to remake this world.  The power in our hands can and should make us giddy, while the responsibility on our shoulders can and should make us deliberate in our actions.  Just as we have tried throughout the High Holiday season to break from our habits of the past year and to instill in ourselves a new heart and a new soul, we should never feel that we are trapped by what happened yesterday.  Each day is a new Creation, filled with endless possibility.  Our privilege and our burden is to hold our power and to use it for good in this day, the day that lies ahead of us like the first day lay ahead of the first humans.  As we read about the beginning of beginnings, may we feel empowered to begin again, again and again, and to create something new and worthy of the promise of being human.