and why you should care

We all know the hallowed hymn Shoshanat Ya’akov, which was named after Ya’akov Avinu’s little-known daughter Shoshanah, who later changed her name to Lily, then Rose, and then finally Susie (see the commentary of the Riv 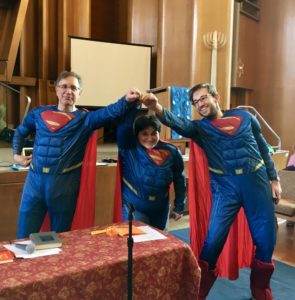 Banot in his Sefer Vikuchei ha-Shem). In that lovely song, Harvonah is the only eunuch designated as “zachur la-tov,” “remembered for good.” From the depths of Instagram to the thickets of Tumblr, from the intricacies of Facebook to the philosophical musings of Twitter, we here at the Harvonah Memorial Foundation have been trying, and trying, and trying for years to spread far and wide our core message of the fame, importance, and all-around overwhelming goodness of Harvonah, the best and the greatest of all eunuchs in the Megilah. And what could be more important than the legacy of a eunuch? But still, people keep asking us – or at least, we wish they would ask us – why Harvonah is so crucial, why his memory should be kept alive, and why we insist on wearing these awful robes every day. For this reason, among others (including a handsome tax break), we think it is appropriate for us to sponsor this website, which provides the best of our insights (as far as they go) into the sea of Harvonah knowledge. Please explore it, learn from it, and contribute generously to it (all currencies accepted). And may the light of Harvonah guide you in all your paths, or at least the most obvious ones.